The price of condominiums has risen so much that some owners have decided to lower the rent in order to attract tenants.

Between the beginning of 2015 and June 2018, rents rose 15.8% and condominiums, 28%. There are some cases where the condominium is more expensive than the rent. For example, in a search carried out in mid-July, the report found an apartment measuring 140 square meters in the Higienópolis neighborhood, one of the most valued in São Paulo, with a rent of R$1,540 and a condominium for R$2,500.

To compare, another apartment two blocks away, also 140 square meters, had a rent of R$3,000 and a condominium for R$917. Both had three bedrooms, three bathrooms, a parking space and a similar state of repair. In other words, because of the expensive condominium, renting the first apartment costs practically half of the second.

"Condominiums have risen a lot in recent years and, with them high, those who want to rent their apartment have to adjust the rent, because the tenant is paying the bills," said Celso Petrucci, chief economist at Secovi-SP (union of housing companies in São Paulo).

"In many cases, condominiums are already more expensive than rent," said Giovani Oliveira, leasing and sales manager at Apsa, a real estate and condominium manager that operates in Rio de Janeiro and cities in the Northeast.

“For the tenant, this [expensive condominium] compromises the income and their decision to keep the property or not; for the landlord, these are costs that he has to bear while the apartment is idle, and he ends up reducing the rent to make the lease more flexible,” said Oliveira.

According to him, in places where rents are higher, such as in the south of Rio, owners even give discounts of up to 30% to compensate condominiums that, in more extreme cases, approach R$4,000.

Condo goes up more than rent and inflation

The average price of condominiums has been rising more than rents since 2015, and more than general inflation since 2016, according to data from the IPCA (Extended Consumer Price Index), which measures official inflation in the country. In the last 12 months, for example, condominiums became 5.1% more expensive, while inflation rose 4.4% and rents, 0.6%.

In some cities, this disparity is even greater. In Campo Grande (MS), for example, condominiums rose 10.4% in the last 12 months, while rents fell 0.9%. In Rio, rents fell by 2.2%, but condominiums have accumulated an increase of 7.2%.

Payroll costs 60% of the condominium

The rental or sale values ??of a property tend to follow the heating of the real estate market, but condominiums are much more linked to internal cost pressures, which vary a little in the face of the economy, such as salary readjustments and services such as a water, electricity and gas, said Celso Petrucci, from Secovi-SP.

"These are things that have gone up a lot, especially in 2015 and 2016, and at a bad time in the economy, when property prices have not gone up," said the economist. "It was a combination of factors that made the two [condominium and rent] move apart."

To give you an idea, the electricity bill alone became, on average, 19% more expensive in the last 12 months, and the water and sewage bill rose 8%. According to experts, this represents about 20% of everything a condominium spends in a month.

The bulk of the expenses, however, comes from the payroll, which reaches up to 60% of the total. I mean: doorman, janitor, watchman, gardener and whoever else the condominium has hired. And that's right with low wages. In São Paulo, for example, the minimum wage for a janitor is currently R$1,384.77 and for a doorman, R$1,326.50, according to the category's union (Sindifícios).

“What weighs are the charges. If 60% is payroll, 30% is salary and 30% is a charge”, said Petrucci. FGTS and INSS, in addition to benefits such as meal vouchers, vacations and 13th salary, help to increase the cost of each employee. And as, even in the recessionary years, the unions managed to raise some wages, the bill continued to rise.

While landlords and tenants seek a balance of interests in rental prices, residents, landlords and condominium administrators are already moving to try to lower fixed costs in collective spaces.

Dismissing employees and reviewing service contracts, such as cleaning and maintenance (of elevators and swimming pools, for example), are some of the actions that have been discussed.

Technology and process outsourcing are also gaining ground. This is the case of remote entrances, a modality that is beginning to gain space: visits and deliveries are handled remotely by a company's central, which communicates with those who enter and leave through intercoms, videos and even cell phone applications.

“We fired a janitor, because we had two, and the watchman, because we already have a night porter,” said retired military officer Eliú Oliveira Junior, resident and manager of a 40-apartment building on Boa Viagem beach, in Recife (PE). There, the condominium, which two years ago cost R$700, now stands at R$850, and the building is now struggling to contain new increases.

Three of the four doormen, already under notice, are the next to be dismissed: Eliú began testing the installation of a remote door this month. “We spent R$10,600 with the four doormen; with the company that will manage the remote entrance, we signed a contract for R$7,000”, said the manager. The wages of night porters were R$ 1,700 and, for day porters, R$ 1,032. 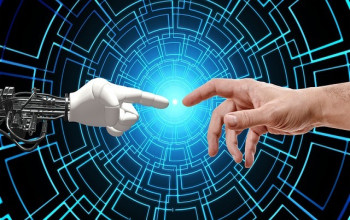 The international has witnessed the maximum thrilling excessive-tech projects integrating the und...