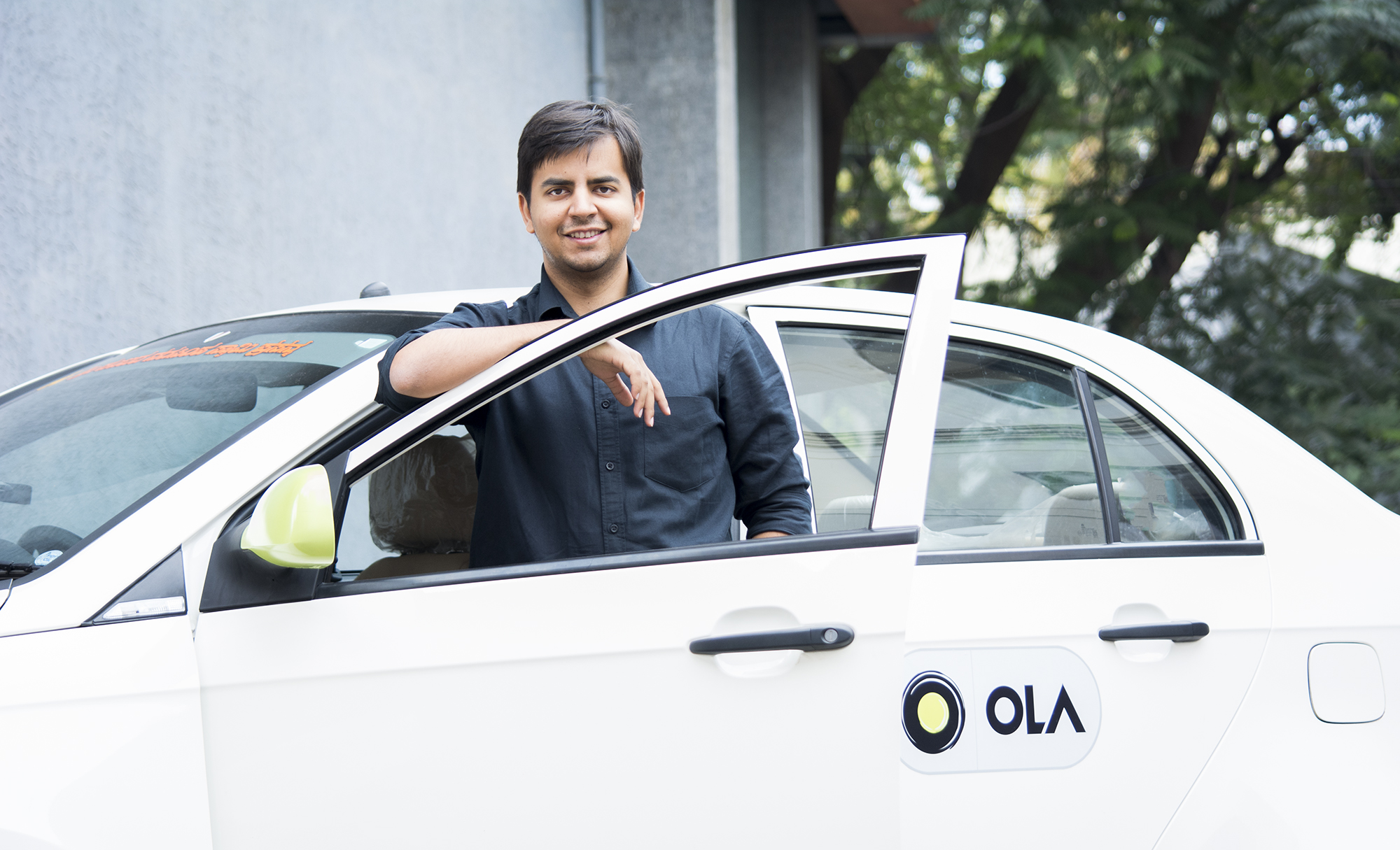 OlaCabs, more popularly known as Ola, is just like any other marketplaces online, but more specifically into providing Taxi services. Ola, which started as an online cab aggregator in Mumbai, now resides in the Silicon Valley of India a.k.a. Bangalore, and is also known to be one of the fastest growing businesses in India, out-beating its competitors Uber & Meru.

Coming back to the man behind Ola; simple yet charming Bhavish, with the success of his prodigy has certainly become the talk of the town. But even after becoming a millionaire, he still prefers to not buy a car and take a cab (to set an example, we presume), certainly doesn’t goes down well with his wife. He believes that, such is a small price that every entrepreneur has to pay.

Anyways, when not crushing his competitors, one can catch Bhavish cycling, playing squash or doing what he loves the most – photography. He also maintains a largely popular photoblog!

If we talk about his birth place; he is born in Ludhiana (Punjab). He is a successful entrepreneur in a very young age in India. He was completed his graduation in engineering(Bachelor of Technology in Computer Science & Engineering ) from IIT Bombay in 2008. After successful completion of his graduation he started working with the top software company in world i.e. Microsoft as a Assistant Researcher.

During his more than two years of stint with Microsoft, Bhavish managed to file two patents and also got three papers published in the international journals.

Now what many aren’t aware is that, while he was at it, he had also turned into a blogger and had founded his own prodigy called – desitech.in. Desitech was all about hosting content which was mainly focused at technologies which again were inclined towards the Indian scenario. This content was a collection of start-ups in India, events and / or any other exclusive news.

Anyways, during this same time, he took the biggest decision of his life and turned his personal pain-point into his first entrepreneurial venture!

After leaving Microsoft Bhavish starts to hard work towards becoming a successful entrepreneur; starts a small online business. This is all about short time holiday tours. In that time he face a bad experience; when he borrow a car for rent from a taxi services providing agency to travel from Bangalore to Bandipur and the driver stooped car between the forest and request them give me all the money which you have against the gun point. The drive wants to take every important aspects from the driver and the experience led Bhaivsh to become a successful entrepreneur and after this incident he is very serious about his and want to resolve it. He meet with his friends discuss about his idea and then friends suggesting him lets starts it.

Because he got a first-hand experience of such a problem, after decent amount of research also realised that, this in actuality was a genuine and deep rooted problem for the masses. A lot of customers had fallen prey to such situations and were desperately in need of a quality cab service.

That was when for the first time, he could vision the amount of potential a cab booking service could have. And after basic calculations, Bhavish changed his business from the earlier mentioned start-up to – OlaCabs.

Ola was the collective prodigy of Bhavish Aggarwal and Ankit Bhati and was officially owned by ANI Technologies Pvt Ltd, which translated to ‘Hello’ in Spanish!

The idea was changed in 2010 when Ankit Bhatti bridged the gap, connected cab owner and commuter with the help of internet, telephone and mobile app.

Whereas their parents were not supporting them after starting this new startup, venue as they think it is not the right decision to leaving the biggest software company like Microsoft; as they was a good travel agent.

According to the Bhavish “anyone can build their own business and any one have the good business plan but they need to best strategic planning and the right type of execution. Always a zero inventory will be good startup if people can execute it right way.”

Ola did not buy a singe car but they rented them.

After putting a lot of efforts then the process going on people believing over their cab services and  they were able to providing the best services to the consumers. They are putting new services and make this services easy by consumer point of view and prepare their call center and mobile app by consumer can book cab easily.

First few month they pay their driver 5000/day tips and with no salary. A drive must have completed one single trip in the entire day. With this approach a driver earn monthly 1.5 lacs the very surprising fact coming from this they did this ola driving as part time income but they earn much more then their own full time work. As the day trip to high so driver want to connect with this services after month later the day trip cost reduced to hald 2500/day then 750/day with including salary.

Now a days this cost will be provided if they completed 10 trip daily.

Now this is market place where lots of taxi services providing companies or agencies came up in the market and it is not to easy competing them.As fast-track also include himself in the business and they have taxies in every city with smartest cost plan.

What made Bhavish too smart while building great business

Bhavish knows that what the market place is and where the revenue is. He knows about M commerce and what mobile commerce can build?

He knows that everybody using a smartphone and people wants everything inside their smartphone does not want to know much more thing they want it easily.

As with the best strategy they are increasingly building their business like speed of light.

By 2014, the organization was currently stashing a system of in excess of 200,000 autos crosswise over 100 urban areas. Furthermore, it was likewise timing a normal of in excess of 150,000 appointments for every day and furthermore was presently sitting on 60% of the piece of the overall industry in India.

Before long the organization likewise achieved some colossal advancements which once more, profited them enormously. Some of these included: –

They propelled their Ola Mini administration in Bangalore and continuously in Delhi (NCR) with an armada more than 250 autos and were likewise in arrangements to develop to 800 by 2015. Their offer again was truly extraordinary and tricking. They had begun with a starting cost of Rs12/km with a base cost of Rs.150 for the initial six kilometers, making them the least expensive AC taxicab administrations accessible.

Next, before the year’s over, Ola additionally extended to fuse cars in Bangalore and furthermore extended this support of different urban communities like Delhi, Pune and Chennai.

Afterward, they declared their greatest news up until now. OlaCabs purchased TaxiForSure or TFS in March 2015 for about $200 million. In spite of the fact that, this wasn’t their underlying arrangement. Their underlying design was to fill in their immense prerequisite of drivers and henceforth, they had first endeavored to draw in their drivers by paying them some Initial Bonus + Attachment Devices Free of Cost, yet since they fizzled, they needed to purchase the organization to keep up their steady development.

Furthermore, Ola who so far just had worked with Drivers, had now additionally started working with the taxicab administrators after the procurement.

With this procurement set up; they additionally propelled “Cashless Rides” which not just worked with the taxicabs on their system, but at the same time was reached out to “Auto rickshaws and Kaali-Peeli taxis” too!

What’s more, ultimately, Ola as of late has propelled “Ola Cafe”. In straightforward terms, through this administration one can arrange nourishment, basic need, vegetables and so on., and get it conveyed to their family units.

What’s more, when you take a gander at Ola today, it has gone ahead to end up India’s most well known portable application for taxi booking, out-beating their rivals like Uber. To add to that, they are additionally the biggest stage with 40,000+ autos crosswise over right around 100 urban communities (2015) and developing. 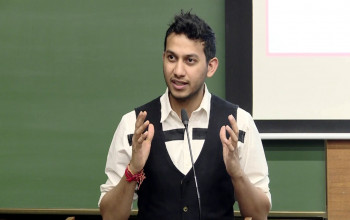 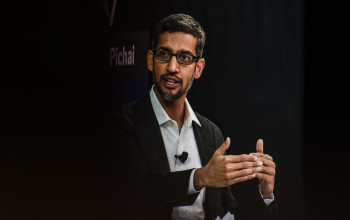 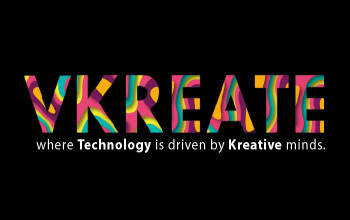